[Apr 2017 - All equations should now be fixed and free of codecogs-related HTTPS bugs.  Thank you for your patience.


But dreadful is the mysterious power of fate —

there is no deliverance from it by wealth or by war,

We've all had to make hard choices about recruiting new corporation members.  As in life, choosing who to trust in EVE is critical.  This is also true when we are choosing CSM members to represent us.  Character and experience are important, but they aren't everything.  You also want to choose pilots who understand how EVE's physics model works.  These skills will come in handy when they are analyzing proposed ship changes and balance tweaks.  In anticipation of this CSM voting season, I present a few quick questions that are suitable for pilot interviews as well as help narrow down who really represents the math constituency.

I present a few quick questions that should be easy to answer in an interview or chat-room context.  No worthy pilot should have any trouble answering these from the top of their head if they understand the intuitive physics principles that govern EVE.  Indeed, most Origin. pilots circa 2012 were able to answers questions of this type with little difficulty.  I am including links to selected CSM candidates answers although I will refrain from expressing any endorsements.  I hope all of you will take the time to inform yourself on all of the candidates and vote before March 25th.

As a final note, I want to mention that there are also some questions that prospective pilots should not be able to answer.   I have included a couple of these at the bottom of my post.  This may seem strange, but if you admit pilots who can answer these questions to your corp, its only a matter of time before they are recruiting on your voice communications channels for World of Warcrap — and I have yet to see any interesting physics in other combat games.

Good Luck to all the CSM candidates and the CSM XI team!

Ship time-constant is something that every pilot should keep in mind to help them determine maneuvering rates.  I didn't actually post this question, but its quick one that you can use on prospective pilots:


You have a ship mass of 10,000,000 kg and an inertia factor of 0.4.  You give your ship a new motion command, i.e. double-clicking in space.  Assuming no bumping, hostile webbing or active modules, what is the minimum amount of time you have to wait until you have reached over 98% of your final velocity?

We just need to calculate when the the (1-e-t/τ) term will be greater than 0.98.  The time-constant of an EVE ship is just the product of the mass and the 'inertia factor' (which is really the reciprocal of drag constant in EVE, and has units of s/106kg).  So, the ship in this problem statement, τ = 4s, therefore you need to wait 16 seconds to be at 98% of your maximum velocity in any direction.

The time-constant of your ship is a useful quantity to remember because it is the characteristic time that governs the rate at which an object can change its motion.  This applies to all ship motion including orbits, bumping, tackling and maneuvering.


Another important constant to keep in mind about a ship is the characteristic maneuvering distance.  This is the distance needed to stop your ship.  It is the distance that you drift in direction x, when you change to moving in direction y.  It is also the orbit distance at which your orbits transition from being ship-velocity-limited to maximum-acceleration-limited. With that motivational preface in mind, I asked Apothne the following friendly question:


You are moving at a constant 1000m/s.  Your ship has a mass of 1,000,000 kg, and has an inertia factor of 3.  If you command the ship to stop (Ctrl-Space) and apply no other motion commands to the ship, what distance does it take for your ship to come to a complete stop, i.e. if you waited forever?

You can determine this parameter by just writing the homogeneous solution to the one-dimensional motion equations, and integrating the total distance.

So, final resting position of the ship will be 3000 meters from the position where the stop command was issued.  This ignores server tick alignment, which considering the short time constant, can be a significant contributor.

After asking the following question of Joffy, I realized that you can't really do this problem in your head, however, I have written extensively on this subject, so you can always refer to Part III or my more recent posts.

Answering this is a simple matter of writing the final bump distances in each case, but we don't need to know the inertia of the target because all of the bump distances will scale with that value.  All you really need to know is the velocity of the mining barge immediately after the bump event, i.e,

The other purpose of this question is to remind the participant that you have to have five times the mass to make up for a decrease in velocity of 40% for the same bump distance!


Describe a situation where a ship, without the help of another ship, active modules, or going into or coming out of warp, can achieve acceleration that is twice the magnitude that can be achieved with double-click piloting?

While this is not a deep conceptual question, it does make you think about the definition of acceleration. The answer is, of course, bumping into an immovable object, such as a asteroid or a station will cause you to change direction instantly in the opposite direction.  Collisions with objects are shown to be elastic so an immovable object just reflects all of the incident motion energy into the colliding ship. All my questions are trick questions and this is no exception.  When you bump into an immovable object, EVE changes your direction instantaneously meaning acceleration was infinite for a short time.


Niko Lorenzio wanted a quick question from me, so I came up with this entertaining word problem.  I've been in similar situations, although I tend to eat hummus when I play EVE:


You are stationary in a ship with mass 100,000,000 kg on a station undock in 0.0-space.  You do not have any aggression timer.  You are about to get bumped by a hostile ship.  Unfortunately, you are using your right hand to eat a burrito and you can not use the mouse to enter any piloting directional commands!  The only decision you can make is to turn on your 100MN afterburner by hitting a function key with your left hand, or leave it off.  If your goal is to prevent being bumped out of docking range by minimizing bump distance, should you activate the 100MN AB?


In this case, you have to determine whether the quantity is larger or smaller when you add 50Mkg to m2.  You can see that this quantity is always less than 1,

Therefore, if you activate the Afterburner, you will always be bumped a greater distance unless you are piloting actively, which is impossible while eating a burrito.


This question is always a good one to ask pilots for turret tracking intuition.  We found that most recruits were able to answer this without much issue.  I thought maybe Xenuria would enjoy it too:

This is also a bit of a trick question.  To answer this question, all you need to know is that in the exponent for tracking mechanics, target angular velocity and target signature radius always appear as a fraction.  Now, the way I asked the question did not originally indicate the distance to the targets, so I posted a correction highlighted in blue above.  You can answer the question assuming they are at the same distance, or not.

If they are at the same distance, the ratio of these terms is the same and they are both will have the same hit probability, regardless of what type of turret you use. So, the correct answer for same-distanced targets is that neither of these has a greater chance to hit. Recall the tracking-dependent factor in the hit probability equation,

Along with the definition for angular velocity, $\omega = v_{transverse} / R $, you have everything you need to answer this for differently-distanced targets as well, although it is easiest if you apply log-2 arithmetic.


Assume for another moment that you have infinite optimal range. You notice that you have exactly a 50% chance to hit a particular target.   You also know that your turrets are medium sized (i.e. signature resolution of 125m) and you have an angular tracking rate of 0.1 rad/sec.  If the target has a signature radius of 125m and is at a distance of 1000 meters, what is the transverse velocity of the target?

The solution is quite direct once you have broken down the tracking equation into its parts.


If the hit probability is exactly 0.5 then you know that,


With the turret resolution and target signature radius the same, it means that the angular rates for the target and the turret are also equal.  We know that the target has an angular velocity of 0.1rad/sec, or 100m/s at 1000meters distance.


There are also many good quiz questions in the subject areas of locking time, tackling distance, aggression timing, and spawning area enclosed by of an interdictor sphere.  The issue with these questions is that they usually require the aid of written diagrams or a computer.  Tackle distance is described by a translinear equation for which there is no closed form and iteration must be used to get a precise answer.  Asking candidates for answers along these lines is not really practical, even if it is fun.


Questions that EVE pilot recruits should not know the answer to:

1 - Who is this champion and how would you build them? 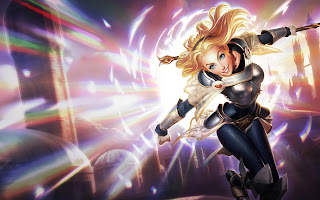 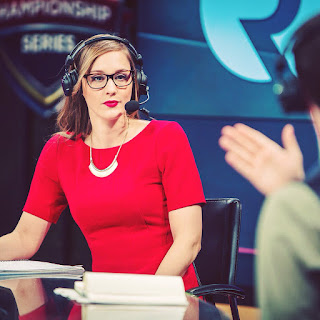